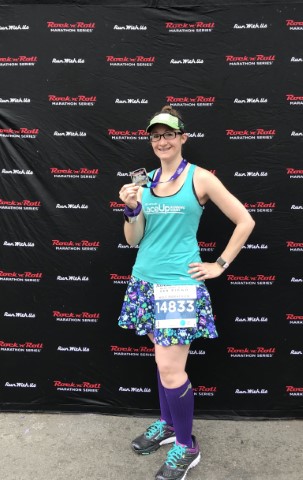 After taking a year off from running I’m honored and excited to be returning as an ambassador.  I like to say that my love of Disney turned me in to a long-distance runner!  The Disneyland Half in 2010 was my first half (and first race of any kind!) and I only signed up to be able to run back-stage and for the much sought-after Disney medal, but after crossing that finish line I was hooked!  I recently ran my 35th half marathon and I even conquered the L.A. Marathon a few years ago.  I have a goal to run “40 by 40” and with at least 3 more half’s this year it looks like I just might beat that goal a few years early!

Favorite Superhero: Wonder Woman, because she’s strong, fearless and gets to wear a tiara!